About our Historic Sites

Delaware State Parks offer something for everyone, especially fans of history! With a long and storied past, Delaware is rich with history to discover – from an island fort used during three wars to one of the largest collections of steam powered automobiles. Other state park highlights include a fort on the dunes of the Atlantic Ocean, a Queen Anne period mansion and grounds, a park with no boundaries which tells the story of the birth of our nation, and a Life-Saving Station which rescued mariners over a hundred years ago. Many parks include living history where you can learn and engage with events and activities from the past. Learn more and visit today to make a historic adventure! 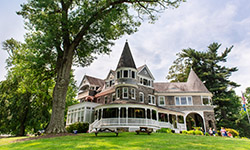 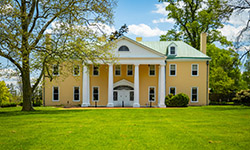 Tucked in the middle of suburban Wilmington sits Bellevue State Park, a former DuPont estate. The home of William Dupont Jr. (1896-1965), Bellevue Hall, stands as the park’s centerpiece, alongside many other historic structures. William Dupont Jr., an avid equestrian, also transformed this land to include horse stables, indoor horse training facilities, and most notably a 1 ⅛ mile long horse track, all which can be viewed and enjoyed through various walking trails today. 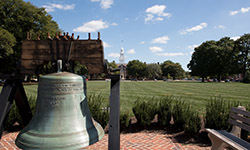 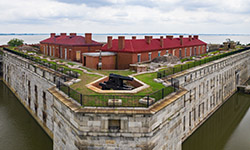 Situated on Pea Patch Island in the middle of the Delaware River, Fort Delaware was constructed in the mid-1800s to protect Wilmington and Philadelphia from enemy attack and continued to serve this role through WWI. The fort was among the most advanced in the nation when completed and even housed prisoners of war during the Civil War due to its water bound isolation. Today, costumed interpreters take you back to 1864 where you can tour the parade ground, explore the fort’s structure, hear stories of great escapes, and watch as the Fort's Columbiad cannon fires a live gunpowder charge! 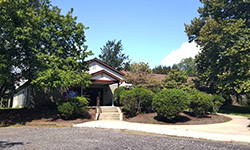 Fort DuPont was built to protect port cities along the Delaware River, like Wilmington and Philadelphia from enemy ships. When its weaponry became obsolete after World War I, Fort DuPont’s role switched primarily to training. The backbone of Fort DuPont’s coastal defense included its rifle, mortar and rapid-fire batteries that can still be seen today along the River View Trail. 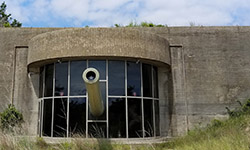 Lying amidst rolling sand dunes, on a high bank overlooking the Atlantic Ocean, is the Fort Miles Historic Area, home of the Fort Miles Museum. The central features of the museum include Battery 519, six barracks buildings, a fire control tower, an orientation building, and the Fort Miles Artillery Park. Today the historic site tells the story of Fort Miles, a key piece of our nation's coastal defense built within the massive sand dunes of Cape Henlopen, from World War II through the early 1970’s. 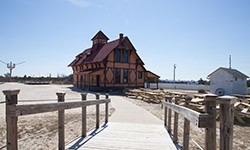 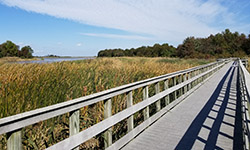 The Port Penn Interpretive Center, located in the village of Port Penn, was a schoolhouse from 1886 to 1961 and now serves as a museum featuring material culture from late 19th and early 20th century Port Penn. The center’s displays, programs and self-guided walking tours around town showcase the folklife and fascinating histories of the wetland communities along the shores of the Delaware River.

Please check out all of the historical related events we have to offer on our Events and Programs page, or the programs at each individual park.